The Wynnum Creek Railway Bridge, at Colina St Wynnum, was reconstructed as part of Queensland Rail’s Timber Bridge Replacement Program. The existing bridge was a 9 span timber bridge with a 2 span post-tensioned concrete bridge. This was replaced with a 2 span post tensioned concrete bridge which had to be constructed adjacent to the existing structure to enable continual operation of the train services along the Cleveland line.

Once the new bridge was completed, the old bridge was demolished and the two new spans were pulled along sliding tracks and into their final position. This was completed over a long weekend with significant co-ordination with Queensland Rail who carried out the earthworks and trackworks to complete the bridge once the bridge spans were in position. 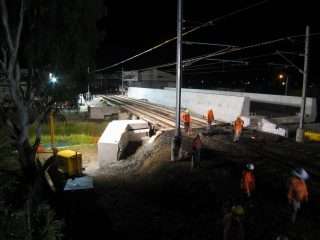 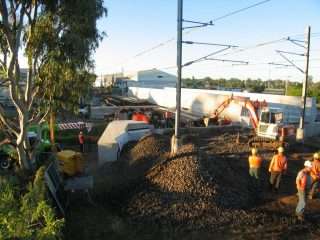 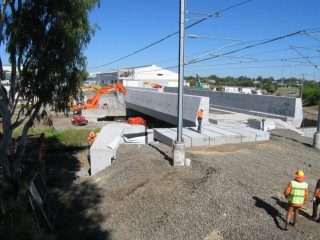 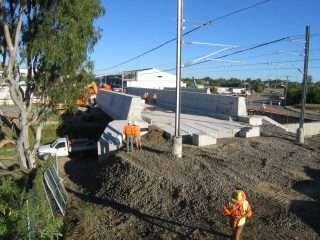 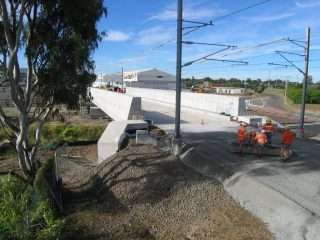 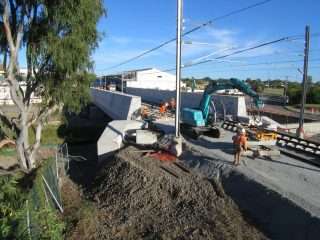 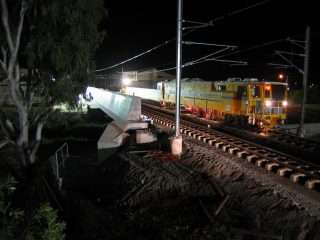 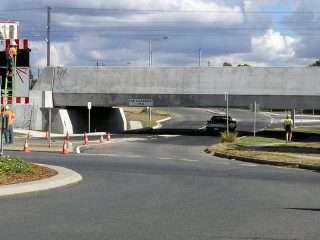 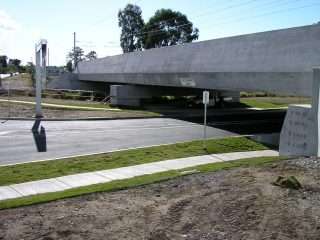