The Veloway 1 (V1) is a 17km dedicated cycleway being delivered by TMR to connect bicycle riders between Lower River Terrace, South Bank, and Eight Mile Plains, adjacent the Pacific Motorway.

Due to the proximity of the project to Cornwall Street, the bulk of the bridge superstructure interfaced with the existing road and the project team worked in very tight working areas. The deck planks and one of the pier headstocks were precast off site and lifted in during lane closures to enable construction. Much of the works had to be completed during lane closures under traffic control during a night shift.

The project also included bridge approach works, including reinforced cantilever retaining walls for the southern approach, stormwater drainage and construction of a concrete bikeway connection. Enduro-Max noise barriers, and traffic crash barriers were constructed on the Pacific Motorway which also included temporary lane closures on the M1 to enable construction. 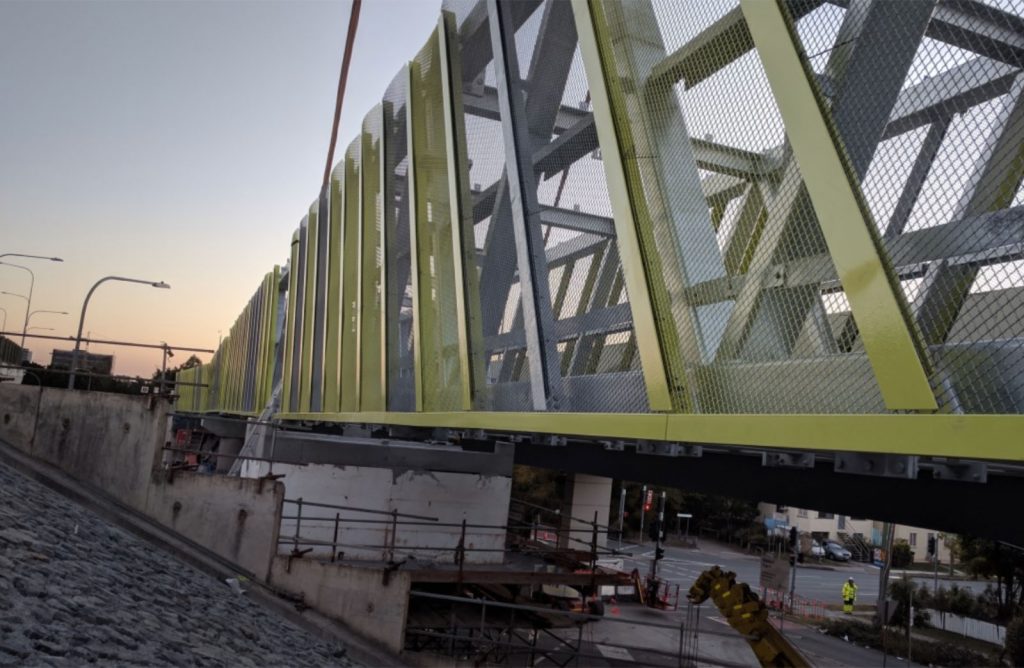 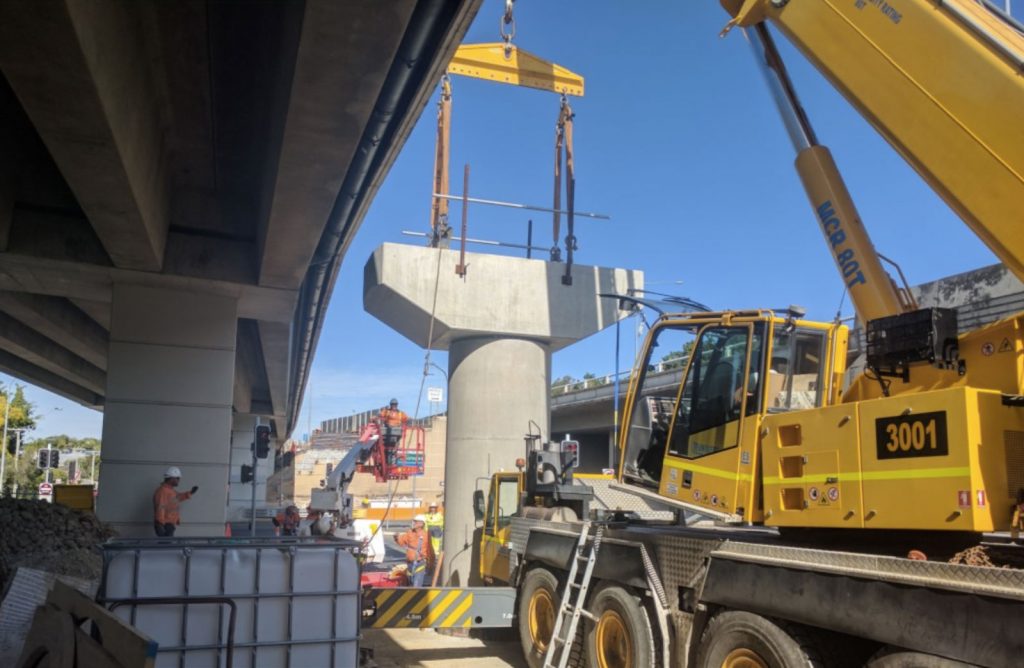 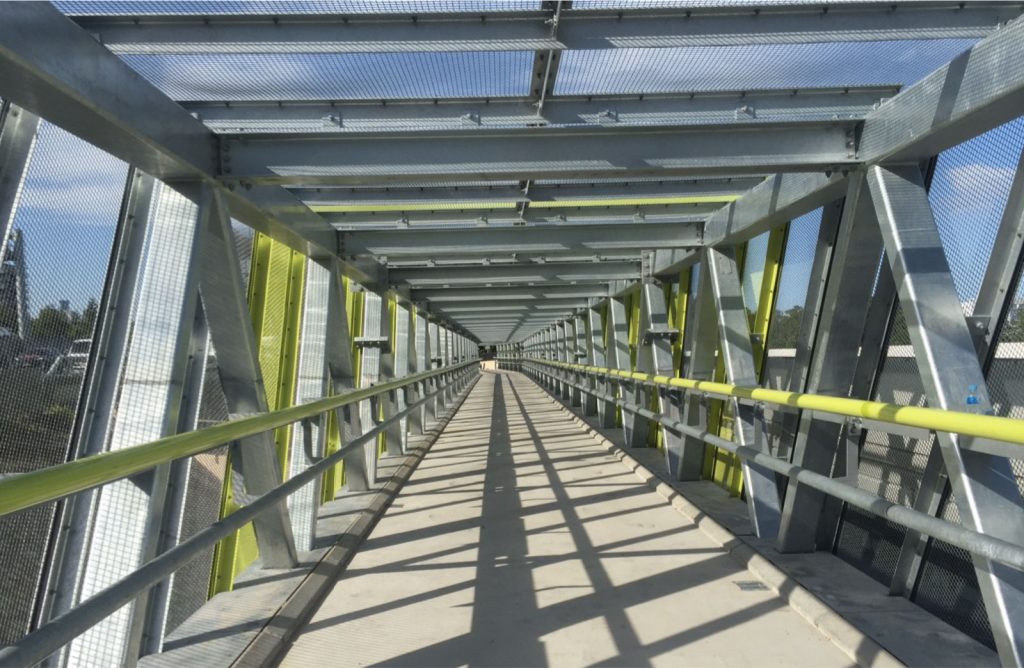 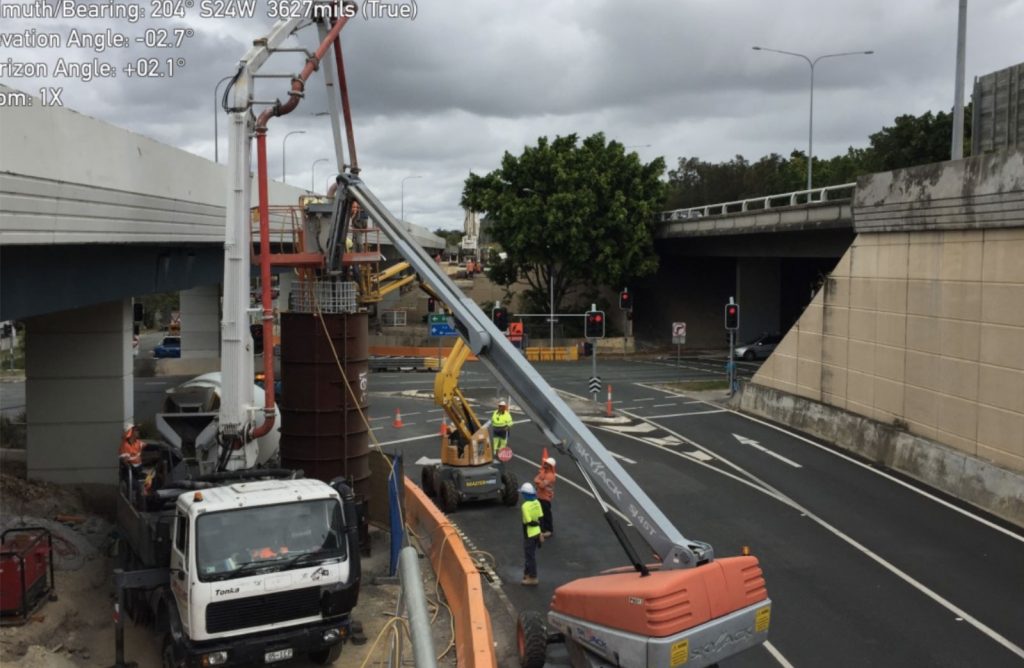 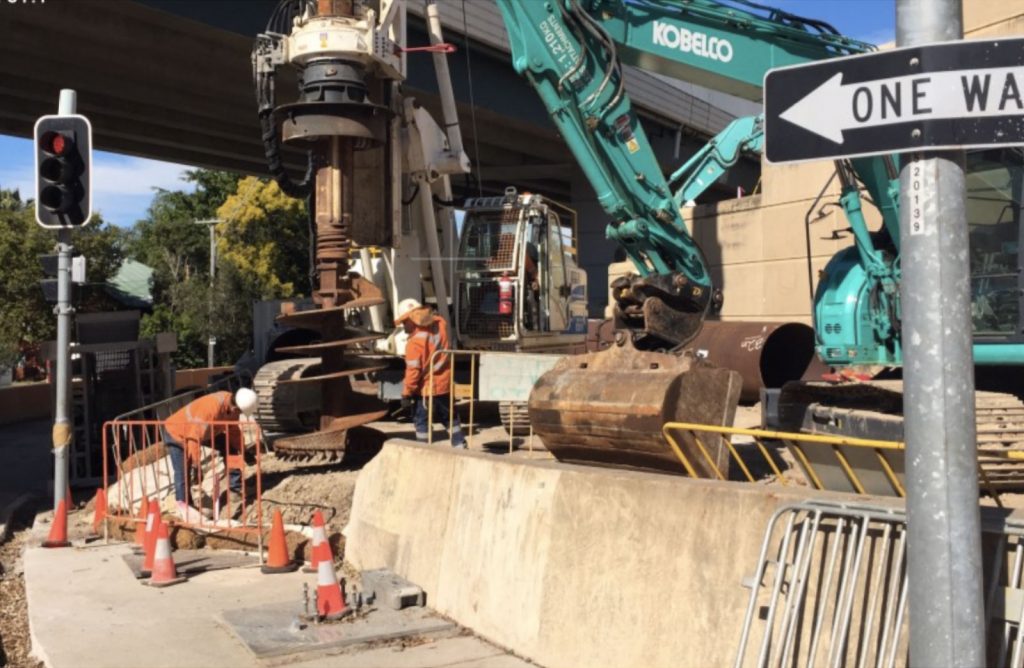 3 span bridge made of 2x24m, 1×50.7m steel trusses. Prefabricated at workshop in Brendale, transported to site and lifted off the SE Busway during nightshift. Span 1 lifted with a 350T crane on Pac Mwy offramp, Span 3, a 450T and Span 2 re- quired a dual lift with a 350T and 450T mobile crane positioned on Cornwall St. Mesh screens and precast concrete deck planks were also installed during night works.

A retaining wall was built at the southern approach of the bridge, as well as tie in concrete path works to existing sections of the Veloway.

The project maintained an excellent safety record, with no reported LTIs or injuries. A number of safety observations were recorded which lead to improvements in SWMSs and site conditions.

The project team worked closely with the TMR communications team to ensure appropriate notifications were provided to the local community and stakeholders. Access was maintained for all nearby residents at all times and no community or stakeholder complaints were reported to JF Hull.

There were lots of wet weather delays caused by heavy rainfall. Due to the complex and tight site constraints, the rainfall caused lots of drainage issues during construction which meant the project team was constantly updating and maintaining environmental controls. No significant environmental incidents or NCRs were recorded.

The project required constant traffic control to facilitate construction activities including full lane closure of Cornwall Street, Marquis Street and Pacific Motorway off ramp re- quired during installation of the steel truss bridge structure. Single lane closures of the off ramp and Cornwall St, South East Busway and the Pacific Motorway were required for activities such as piling, guardrail installation, construction of the substructure and retaining wall.