The Caboolture Northern Bypass Project was for the Department of Main Roads which involved the construction of the D’Aguilar Highway from west of Beerburrum Road to east of Lagoon Creek. This project was designed to reduce the through traffic, especially heavy haulage vehicles, in the local streets of Caboolture by linking the Bruce and D’Aguilar Highways.

The bridgeworks included two (2) PSC bridges, one 400m long Viaduct (13 span) over several roads, the Caboolture Showgrounds and the main northern railway line. The second bridge, 150m long runs through the environmentally sensitive Lagoon Creek with piers adjacent to the heritage listed weir. Work also included the upgrade of Pumicestone Road including the construction of on and off ramps and upgrading of local roads impacted by the Works.

The project received a Merit Award for Environmental and Cultural Awareness in the 2008 Main Roads Excellence Awards. 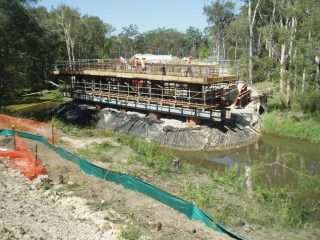 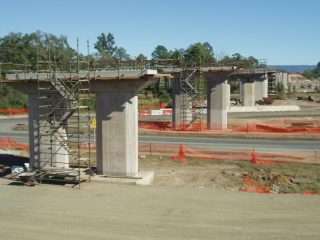 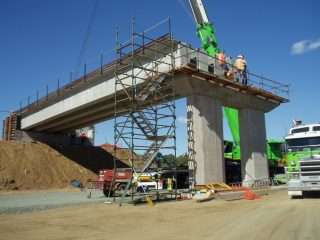 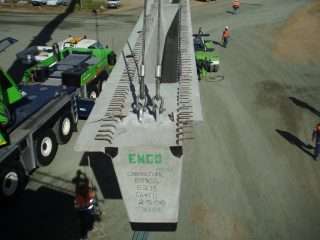 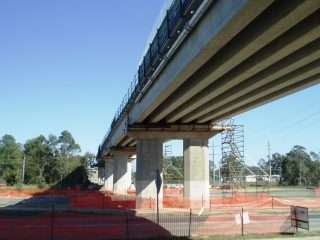 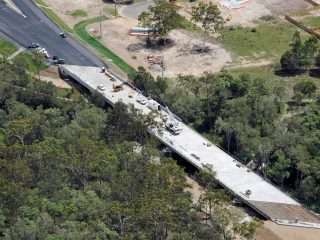 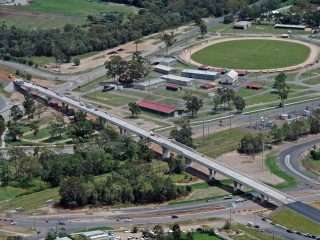 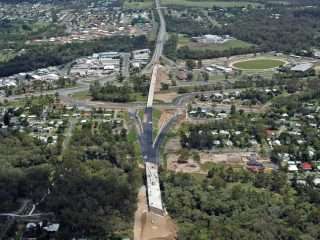 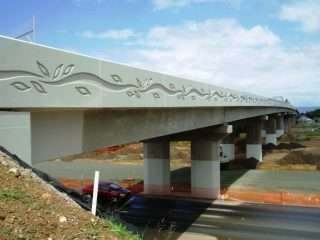