This project involved the construction of a new 2.753km bridge between Brisbane and Redcliffe, with the new bridge located 35m east of the existing Houghton Highway Bridge. The new bridge features three traffic lanes, a pedestrian/cycle path and a dedicated fishing platform. It was designed to withstand a 1 in 2000 year storm event and was the first of its type built in Australia, reflecting lessons learned when Hurricane Katrina hit the Gulf of Mexico in 2005.

The project was undertaken by a Joint Venture between J.F Hull Holdings and Albem Operations. Months of careful planning were put in to ensure very tight construction time frames were achieved, including the design of a 400m falsework bridge to provide access out over the bay independent of water depths and tides, headstock side form and soffits able to be stripped in one piece, purchase of backup pile driving hammer to reduce down time from machine breakdown. This contributed to the project achieving a construction cycle time of 4 days per span. 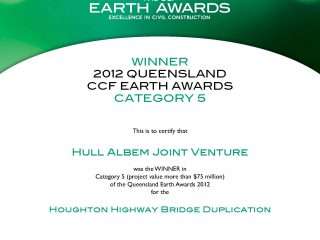 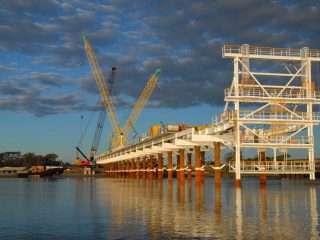 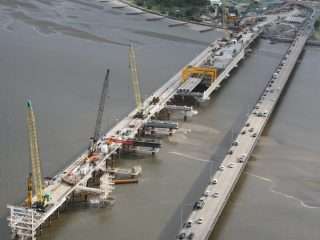 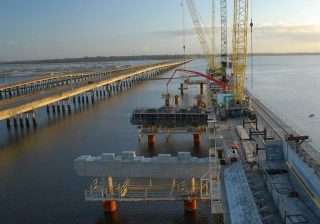 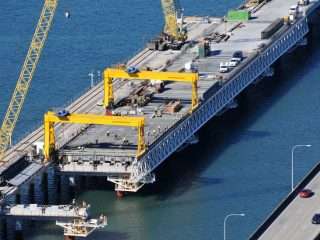 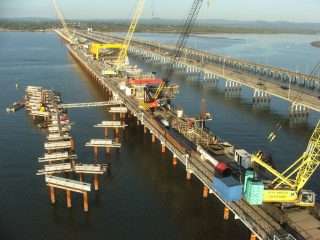 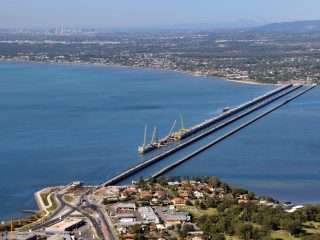 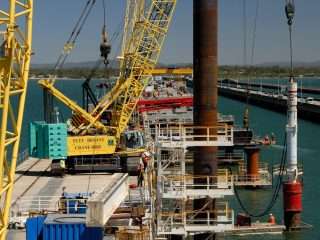 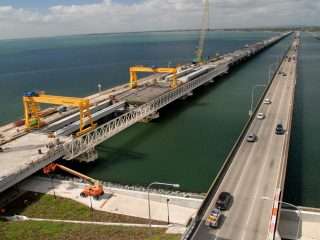 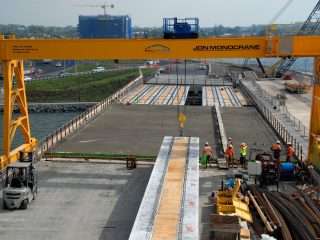 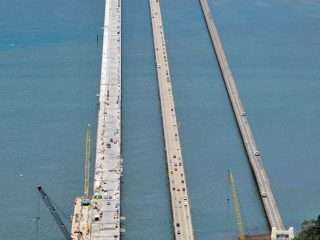 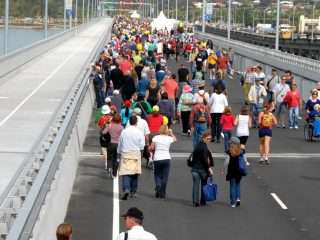 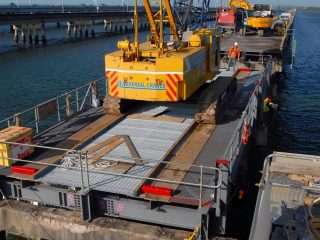 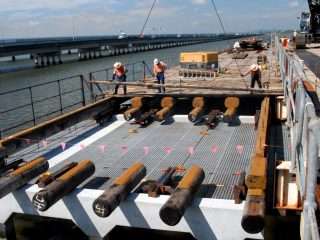 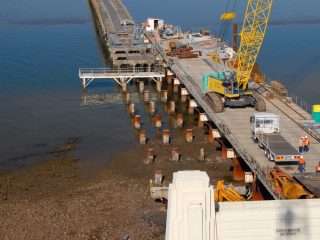 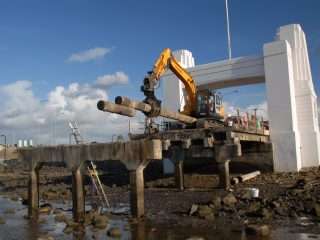 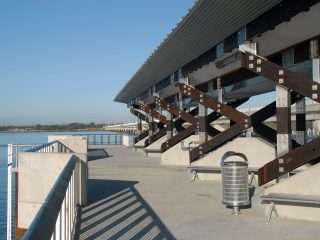 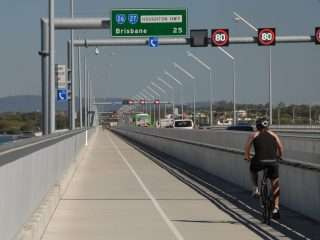 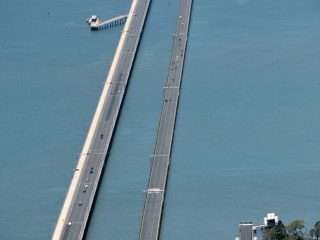