Design and construct project consisted of the upgrade of the existing rail bridge structures at South Pine River and Tributary Creek on the North Coast Line. These structures carry the Middle Road and Up Main. The project works consists of the removal and demolition of existing super structures, demolition of original concrete substructure, erection of the new prestressed concrete decks, replacement of ballast, track and OHLE to suit the new structures. Works also included re-construction of 120m of embankment between the 2 bridges and the approaches at either end. All permanent works were completed during a seven day rail track closure from 24th to 30th December 2015.

Time lapse footage of the demolition and reconstruction of the bridges during the closure period can be viewed here.

The design, undertaken by GHD, was to upgrade the two bridges measuring approximately 110m and 330m long, to meet Queensland Rails 300A loading criteria. A realignment, which included raising the track level and increasing the curve radius, was also incorporated into the works to allow for speed increase to 100km/hr.

Temporary works for the project required approximately 400m of crane pads, consisting of ecoflex tyres and clean rock, topped with a running layer of gravel. Other works included a 36m section of falsework bridge into South Pine River to support a 250t crawler crane and access equipment.

JF Hull utilised the services of specialist contractors, Rosenlund for the demolition, Martinus Rail for the track work and Laing O’Rourke for the OHLE.

The project required 6 months of design, procurement, planning and preparation works for almost all of the permanent works to be completed in the 7 day closure period between Christmas and New Year. 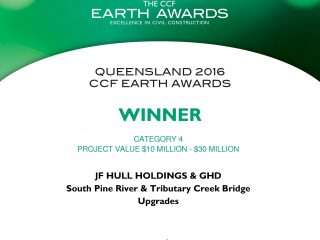 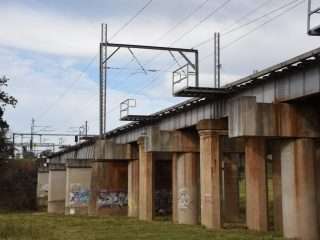 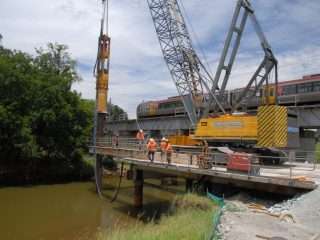 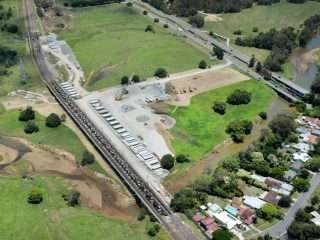 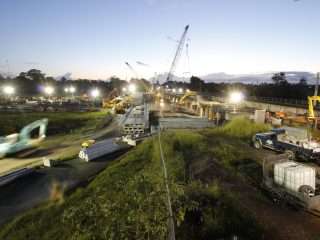 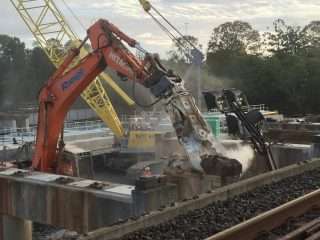 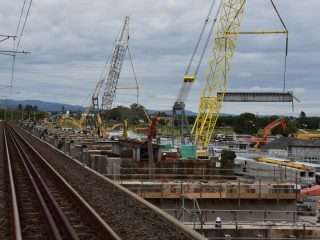 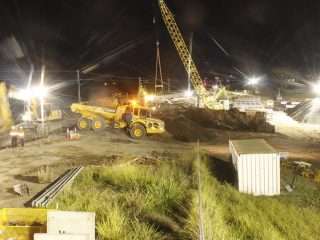 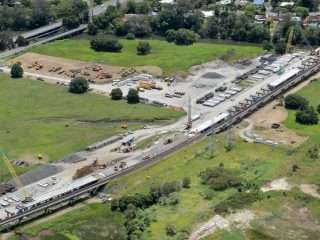 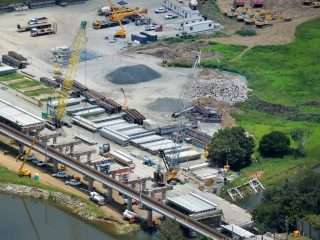 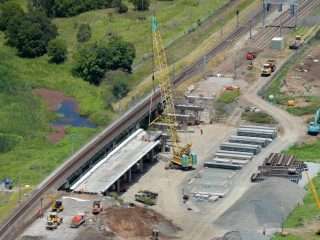 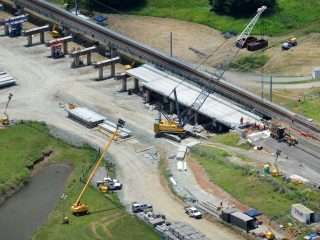 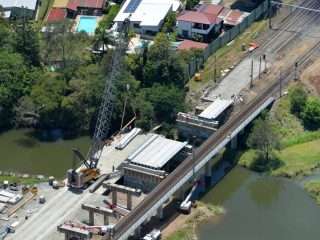 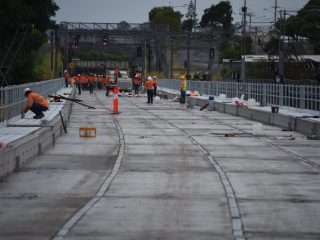 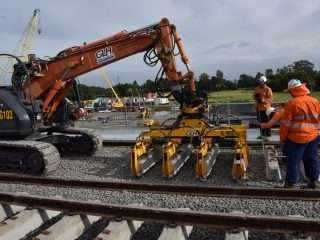 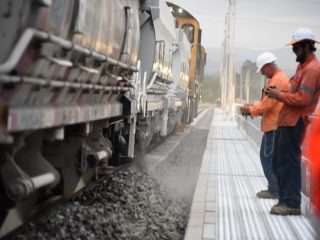 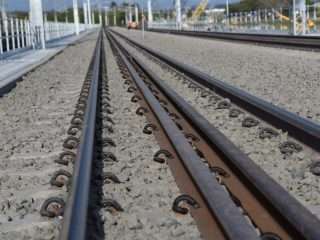 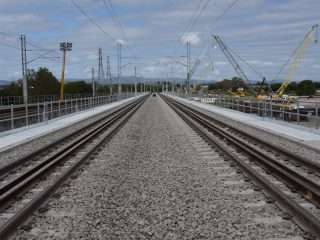 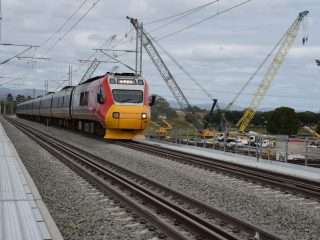 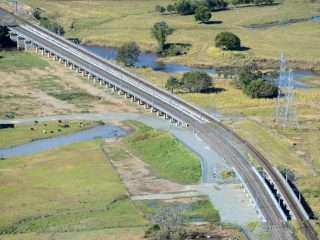