As part of the timber bridge replacement package for Queensland Rail, this project consisted of the demolition and replacement of the existing timber rail bridges at Rosewood, Kavanagh St, Gilfoyle’s Gully and Karrabin. These structures carry the up and down main for the Main Western Line. Project works consisted of construction of concrete sub structure, demolition of existing timber bridges, erection of new pre-stressed concrete decks, replacement of ballast and installation of track and over head line equipment (OHLE) to suit the new structures. Works also included reconstruction/ raising of all rail formation for the approaches at either end of each of the bridges.

All permanent substructure works were achieved while the track was live, to normal rail traffic without delay to services. The superstructure and earthworks was achieved over 3 no. schedules closures. 68 hours for Rosewood and Kavanagh St Bridges, and 44 hours for Gilfoyles Gully and Karrabin.

Time lapse footage of the construction of the superstructure of the Kavanagh St Bridge during the 68 hour SCAS closure can be viewed here.

Temporary works required shoring of the existing timber bridge to allow for excavation while not affecting rail traffic. Rock crane pads and piling pads to allow for safe working positions for the cranes to install the PSC Deck slabs and the piling rigs to install bored piles.

Due to the existing ground and flood levels at Rosewood Bridge, traditional bored piles were not an option and part of the contract was the design and construction of a micropile foundation system, which was completed by Keller Engineering. 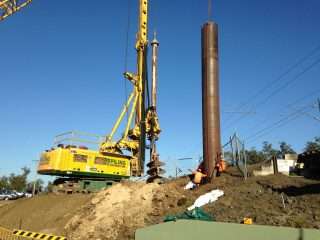 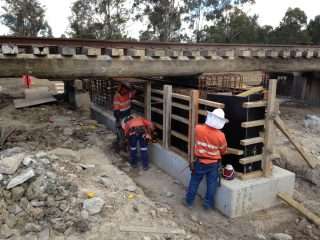 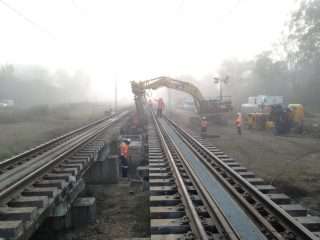 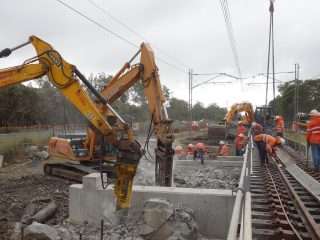 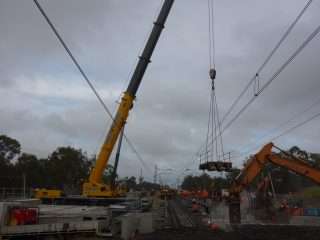 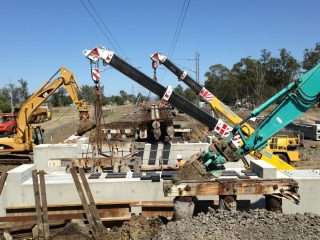 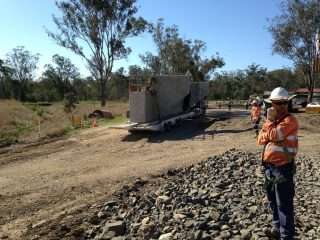 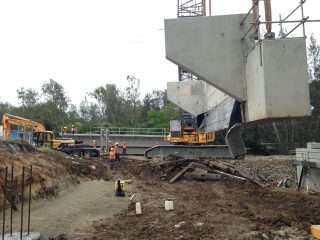 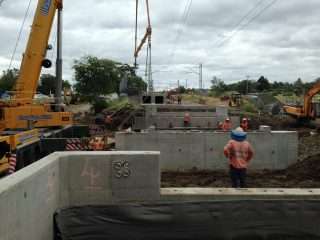 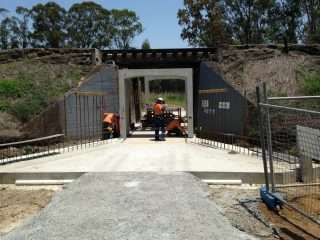 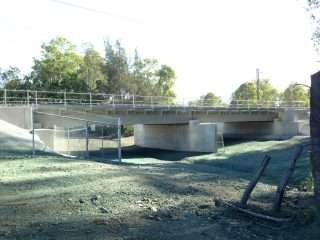 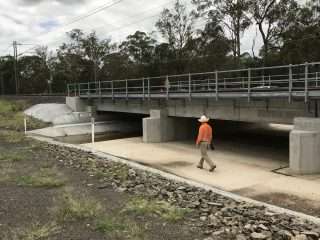 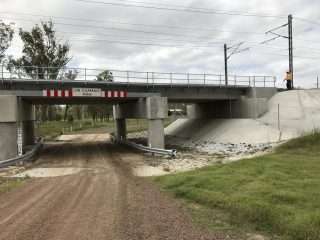