The project, for The Department of Public Works, was to replace the existing caisson gate at the Queensland Maritime Museum at Southbank. The existing caisson was badly damaged and had been leaking for a number of years, posing a risk to the decommissioned WW2 frigate HMAS Diamantina (1420t) on low tides.

The condition of the existing caisson was worse than originally expected, which required revision of the demolition and construction methodology for the project. Temporary gates were installed on either side to form a cofferdam which enabled demolition to occur in the dry. Localised speed restrictions on the Brisbane River were negotiated to avoid bow wave damage to the temporary gates. The first section of replacement gate was precast on site and lifted in place to avoid durability issues with salt water ingress. The balance of the replacement gate was poured in-situ prior to removal of the temporary gates. 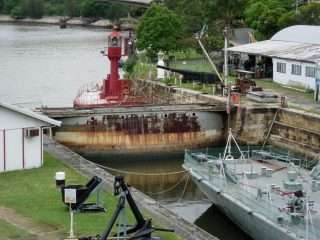 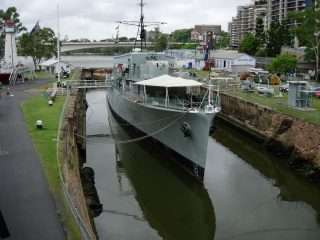 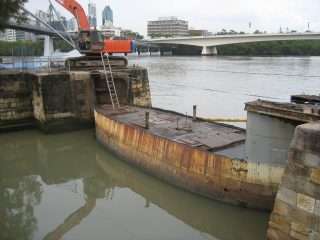 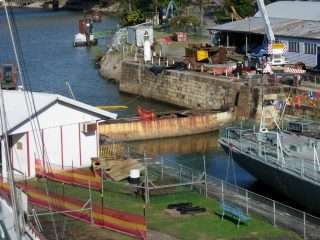 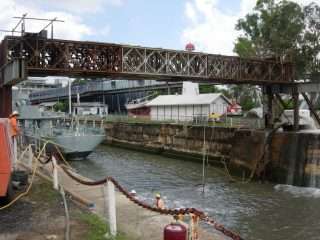 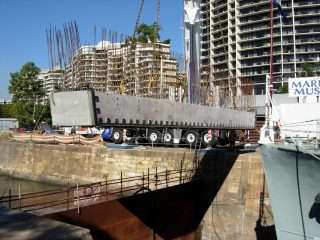 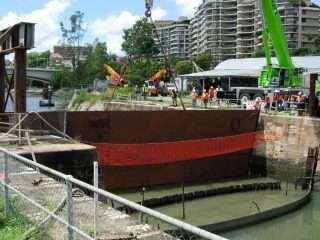 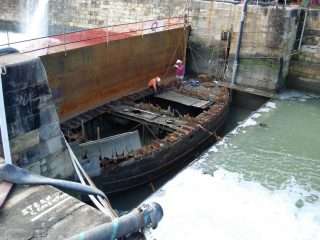 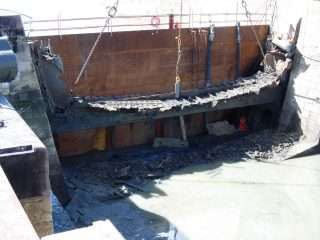 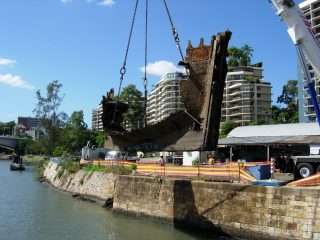 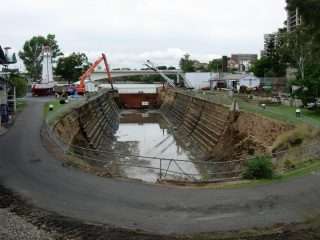 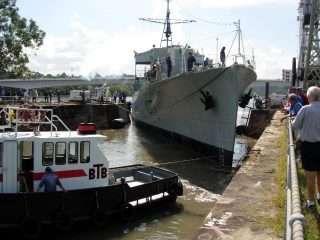