The Dawson River Bridge upgrade consisted of the replacement of the existing low level bridge to reduce the impact of flooding on the community and adjacent coal mine. A new 6 span bridge, of which the superstructure only was part of the contract, was built at a significantly higher level than the existing crossing. Included in the works were the bridge approaches and significant intersection upgrades to accommodate the road trains servicing the coal mine. 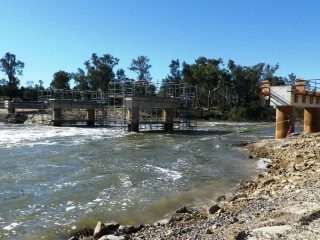 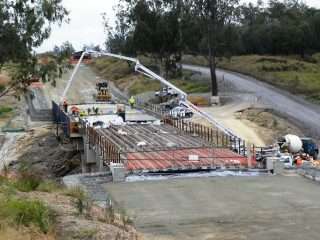 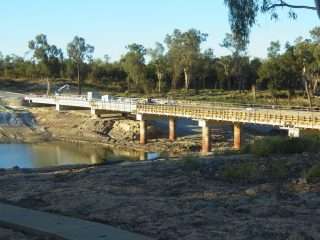 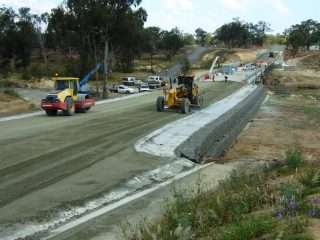 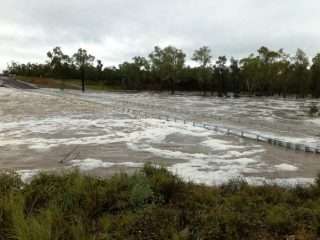 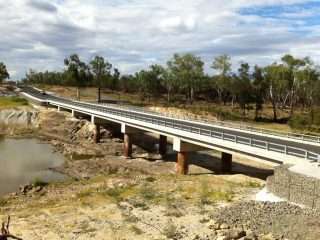 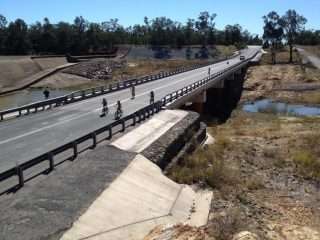